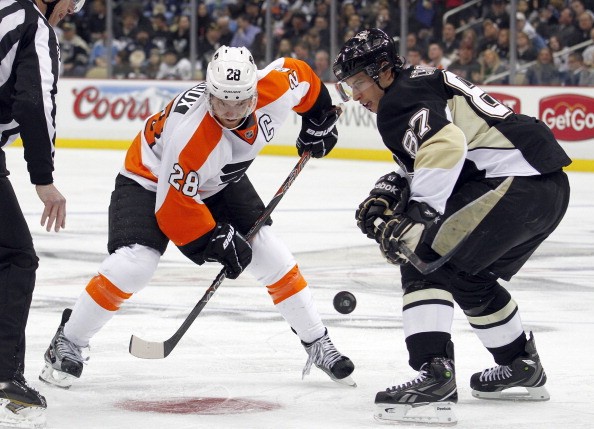 Pennsylvania is shaping up as a hotbed of legislative action and high-stakes litigation aimed at compelling insurers to provide coverage for COVID-19-related business losses.  In addition to putative class actions and individual lawsuits being instituted across the state, the Commonwealth recently saw:  (1) two new pieces of legislation introduced in the Pennsylvania Senate on this issue; (2) a petition filed to consolidate all similar federal lawsuits nationwide via Multi-District Litigation (MDL) in the U.S. District Court for the Eastern District of Pennsylvania in Philadelphia; (3) an emergency motion filed by an insured requesting the Pennsylvania Supreme Court to invoke its “King’s Bench” powers to assume jurisdiction over and coordinate all similar state court coverage litigation, which was subsequently denied; and (4) commentators on “both sides of the aisle” debating whether a Pennsylvania Supreme Court opinion in a non-insurance coverage case could be construed as favorable to policyholders.  Insurers will continue to fight back, arguing that, among other things, the proposed legislation is unconstitutional, and that there is a lack of commonality among the lawsuits necessary to make an MDL or coordinated litigation appropriate in this instance.

On April 15, 2020, the Pennsylvania Senate joined its counterpart in the House of Representatives in proposing legislation that would essentially mandate insurance coverage for COVID-19 business losses.  As with the House bill, a report on which can be found here, Senate Bill No. 1114, entitled the “COVID-19 Insurance Relief Act” would, among other things, serve to override an exclusion found in many commercial property policies for losses due to “virus or bacteria”.  However, there are some significant differences between the two proposals:

On April 30, 2020, a second Senate bill (No. 1127) was introduced, entitled the “COVID-19 Property and Business Interruption Insurance Act”.  Rather than explicitly mandating coverage, this bill implicitly does so by creating “rules of construction” for key policy language applicable to business interruption losses.  Like Bill No. 1114 discussed above, the proposed legislation defines “property damage” in a way that would serve to counter one of the insurers’ main defenses to coverage, namely, that the coronavirus does not cause tangible damage to property.  For example, it provides that if a covered property is in a municipality where “the presence of the COVID-19 coronavirus has otherwise been detected,” that property is “deemed to have experienced property damage.” The bill also provides that Governor Wolf’s March 19, 2020 emergency “shut down” order “constitutes an order of civil authority under a first-party insurance policy limiting, prohibiting or restricting access to non-life-sustaining business locations” in the Commonwealth “as a direct result of physical damage at or in the immediate vicinity of those locations.”  The bill’s “rules of construction”, however, would not apply if a contrary interpretation was “clearly and expressly communicated” between the parties during the policy negotiation/execution process.

The inclusion of language in both Senate bills granting exclusive jurisdiction to the Pennsylvania Supreme Court to hear immediate challenges to their constitutionality or validity may make one or both more palatable to legislators than their House counterpart.  However, it is uncertain whether the Supreme Court itself, whose jurisdiction is generally discretionary, would actually abide by such legislative directives.  Moreover, with a robust insurance lobby in Pennsylvania and legislative history largely devoid of insurance mandates, these bills may face an uphill battle to passage.  They have both been referred to the Senate Committee for Banking & Insurance for further consideration.

On April 20, 2020, two Philadelphia restaurants, which had previously filed separate coverage actions against their insurer for COVID-19-related business interruption losses, petitioned the Judicial Panel on Multi-District Litigation (the “Panel”) to consolidate all similar federal lawsuits in the Eastern District of Pennsylvania before Judge Timothy J. Savage.  River Twice restaurant, whose lawsuit we previously blogged about here, and Chops Restaurant & Bar, a steakhouse located in Center City Philadelphia, joined forces to make the request.  They claim that all pending and future coverage actions of this ilk share common questions of fact and law that would best be served if they were adjudicated in a uniform fashion.

MDLs may be appropriate where: (1) pending actions in different federal districts “involve one or more common questions of fact”; and (2) the transfer of such actions will be “for the convenience of the parties and witnesses” and will promote the “just and efficient conduct of such actions.”  River Twice and Chops argue that commonality exists, as all of these cases will “require a determination of whether the various COVID-19 Governmental Orders [closing businesses] trigger coverage under plaintiffs’ business interruption policies and if so, whether any exclusions apply.”  Regarding efficiency, they claim that consolidation will “eliminate the likelihood of duplicative discovery and duplicative proceedings that might result in inconsistent rulings and will prevent judicial resources from being needlessly wasted.”  They also argue that the Eastern District would be the appropriate venue for the MDL, given its geographical location in Philadelphia and the Northeastern United States, which has been hit hard by the pandemic, as well as its history in managing other MDLs.

Insurers may counter that there are distinct factual differences among these lawsuits that necessitate against instituting an MDL.  For example, the policies would not uniformly share the same relevant policy language or forms.  Indeed, as several of the earlier complaints filed in coverage actions for COVID-19 business losses indicate, not all policies contain a “virus” exclusion.  Moreover, the facts of each underlying claim would likely be different, and involve parties from disparate geographical locations and industries.

If there is to be an MDL, the Panel may be choosing between the Eastern District and the Northern District of Illinois, where a similar request for MDL coordination was recently made by several Chicago-area businesses.   The insurers’ consolidated response to these petitions is currently due on June 5, 2020.

Shortly after filing a lawsuit seeking coverage for COVID-19 business losses in the Allegheny County Court of Common Pleas, on April 29, 2020, a Pittsburgh restaurant filed a petition for extraordinary relief seeking to take its case directly to the Pennsylvania Supreme Court.  In Joseph Tambellini Inc. d/b/a Joseph Tambellini Restaurant v. Erie Insurance Exchange, the insured asked the Supreme Court to exercise jurisdiction over its action and all other similarly situated state court actions in Pennsylvania.  Pursuant to its “King’s Bench” powers, the Supreme Court can assume plenary jurisdiction over any pending matter involving an issue of “immediate public importance”.

The insured argued that such extraordinary relief was warranted in light of the need for Pennsylvania citizens to expeditiously resolve their insurance coverage issues so that they could “re-start their businesses and their lives.”  Much like the arguments in favor of MDLs, it also claimed that coordination of all similar state court coverage actions was needed in order to ensure the prompt and fair resolution of the subject coverage issues in pending and anticipated actions.  The insurer and amici curiae (including the American Property Casualty Insurance Association and the Insurance Federation of Pennsylvania) countered that “contractual disputes between private parties, much less a private insurance coverage dispute between a single plaintiff and a single insurer” is not of “immediate public importance”.  They also argued that coordination of the various coverage actions was inappropriate, citing a wide variety of wordings/forms used by insurers, the different types of businesses involved, and varying underlying facts.

On May 14, 2020, the Supreme Court denied the insured’s petition without issuing an opinion.  Insurers will likely argue that the Court’s decision acknowledges a lack of commonality between the underlying claims and policy language, and that the coverage actions are best adjudicated individually in the trial courts like other private contract disputes.

The Debate Over Friends of Devito v. Wolf

In Friends of Devito v. Wolf, several businesses (a golf club, realtors, political candidate’s campaign) filed an emergency application for extraordinary relief seeking to invalidate Governor Tom Wolf’s May 19, 2020, executive order that closed the physical operations of all “non-life-sustaining” businesses in the Commonwealth on account of the COVID-19 pandemic.   On April 13, 2020, the Pennsylvania Supreme Court, using the “King’s Bench” powers discussed above, denied the application, ruling that Governor Wolf had the statutory authority to declare a state of emergency after a “natural disaster” and shut down businesses in order to reduce the spread of COVID-19.

Policyholder commentators have seized upon the ruling in Devito in support of their arguments in favor of coverage for COVID-19 business interruption losses.  They primarily argue that by analogizing the COVID-19 pandemic with “natural disasters” (e.g., earthquakes, tornados, fires) that, by statutory definition, result in “substantial damage to property, hardship, suffering or possible loss of life”, the Devito court found the pandemic to be “indistinguishable” from these other “covered [by insurance] casualty events”.  Insurer commentators have pointed out that Devito is not an insurance coverage case, let alone one pertaining to first-party business interruption coverage.  Nor does it address, much less determine, the central issue of whether coronavirus causes physical damage to property.  Instead, they argue that the Devito court found that the Governor’s closing of non-life-essential business was warranted to protect the health of Pennsylvania citizens and prevent the “person-to-person” spread of the virus, not because of any actual or threatened damage to property.

We will continue to monitor these and related issues, and please visit our website, www.rlblawgroup.com, for further updates.

By accepting you will be accessing a service provided by a third-party external to https://www.rlblawgroup.com/